Deep in ancient ruins, your heroes must explore dark dungeons, defeat terrible monsters, and battle for glory in the arena!

Once you’ve unlocked a dungeon, it’s ripe for the reaping with Dungeon Rush’s Auto Farming feature. Set your heroes to work clearing out the dungeon and they will rush in and battle through gaining experience, gold, and items along the way. You don’t even have to be in the game to win the rewards of your heroes’ auto farming!

Features:
1. Idle Game: Auto Farm in the background while you’re free to do other things. Check back later to collect your new equipment and see your heroes’ progress.
2. Explore dark dungeons, collect powerful heroes, challenge other players in the arena to win riches abound. At the end of each season you can receive a unique rare hero!
3. Over 200 different heroes of 6 different types to add to your team.
4. Randomly generated equipment and items so that you never get the same things. Collect a valuable inventory!
5. Create your own guild, and team up with other guild members to challenge the powerful guild boss as well as other competitions to see who will be the masters of the floating island. 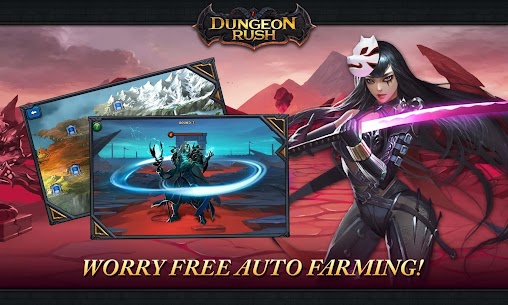 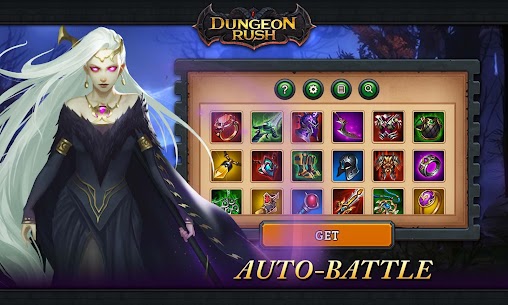 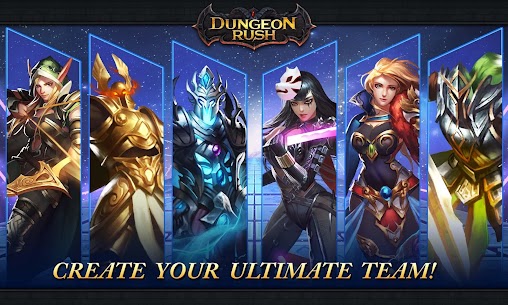 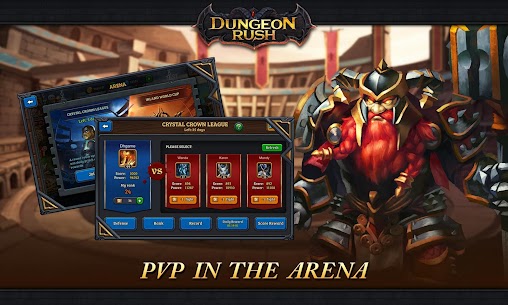 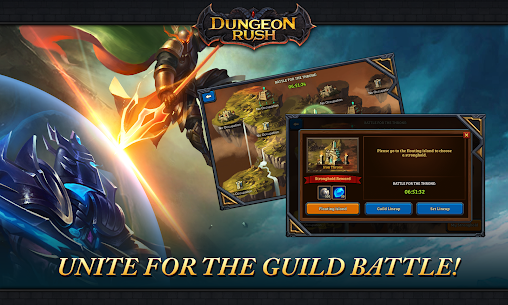