Angrymals are here! Grab your friends and join the community of this crazy, nonsensical, ludicrous game. It’s free to play, people!

Angrymals is based on one solid concept: throw junk and wreck things!
You will control three customized characters with a huge assortment of absurd weapons and powers to lay waste on your friends’ defenses, or to bolster your own.

Play online with your friends or with random opponents from all over the world. Earn prizes and unlock skins, weapons and more to show them who’s the one with the bigger chickengun!

🍌 REAL-TIME 1 VS 1 BATTLES: quit playing boring games alone, just comparing your scores at the end of the match! In Angrymals your opponent will feel every single attack, live.

🍌 OPPONENTS FROM ALL AROUND THE WORLD: join them randomly in the Arena, or face ever more challenging matches to climb the Ranked Volcano.

🍌 LEVEL UP: gain experience match after match and unlock new spots on the Island.

🍌 4 DIFFERENT GAME MODES: you’re in a hurry but craving for some smashing? Quick Brawl mode is here for fast destruction.
Are you eager to unleash all your strategical/tactical skills? In Warfare you’ve met your match.

🍌 FIND YOUR FRIENDS: add them from Facebook or searching for their nickname, and you’ll be able to invite them to play whenever you want.

🍌 FORTRESS EDITOR: design your dream fortresses! Go for beauty, fun or raw effectiveness… you can also sell them on the Bazaar!

🍌 TRADE IN THE BAZAAR: better suited to fast paced action than fortress design? Save your time and effort by purchasing other players’ best creations.

🍌 GARDEN GNOMES: yes, you can also have them in you fortress. Along with TVs, bamboo sticks, cast-iron stoves, wooden boards, washing machines… there’s also nailed boards and hinges to keep all your stuff together.

🍌 PUSH-TO-TALK AND EMOTICONS: provoke, mock, congratulate with your friends as if you were close at hand.

🍌 CUSTOMIZABLE BANNERS: tailor the emblem that best suits you.

🍌 MISSIONS: looking for a new challenge? Daily and weekly missions will test your skills: if you defeat them you’ll be rewarded with treasure chests full of interesting stuff!

🍌 REPLAYS: did you manage to perform an incredible shot that defeated alone the entire enemy crew? At the end of the match you can view it again, and even share a video wherever you want!

🍌 FREE TO PLAY: you can download Angrymals for free, and you’ll be able to unlock every weapon/race/building block simply by playing.

🍌 SKINS: those goats in their panties are cool, I agree.. but hey, did you see them dressed like pirates? And medieval pigs? Or prehistoric koalas? In Angrymals you can buy new skins to smash opponent fortresses with you own, sleek style. 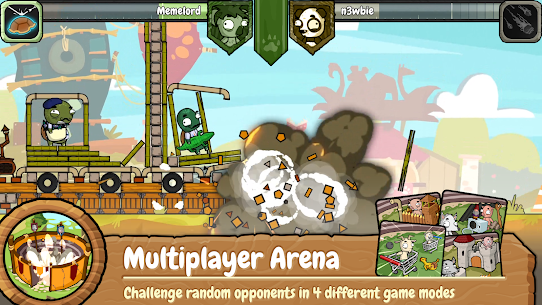 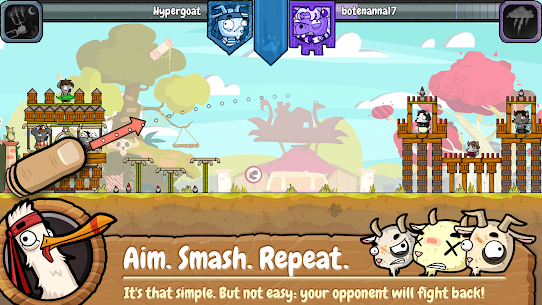 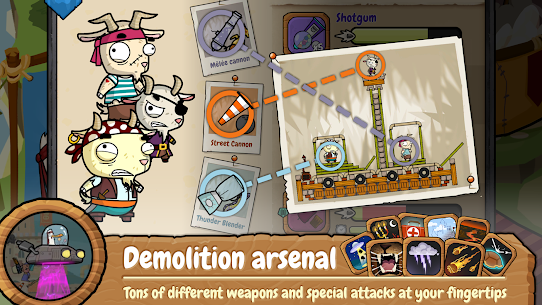 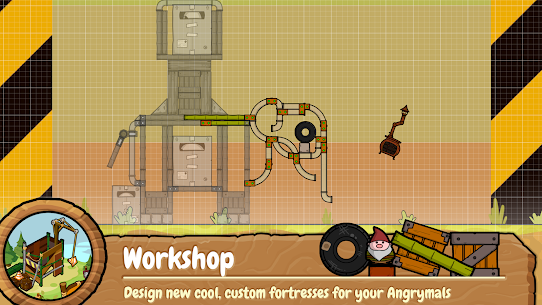 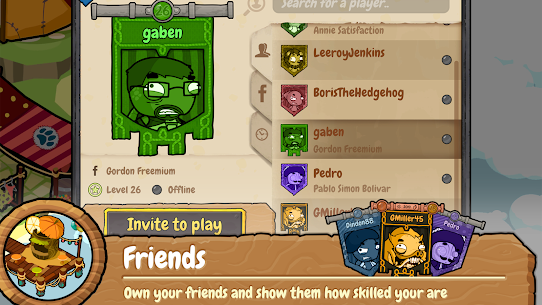