Mech vs Aliens is a free top-down shooter with the elements of a third person RPG and a visual novel in which you have to repel the mutant invasion on one of exoplantes.
4.1/5 Votos: 1,907
Reportar
Desarrollador
Rightsoft LabsActualización
September 18, 2021Tamaño
296MVersión
1.2.37Requerimientos
5.0 and upConsíguelo en 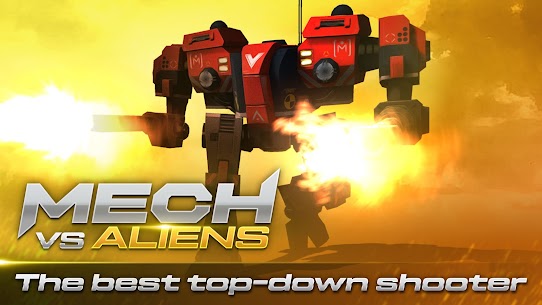 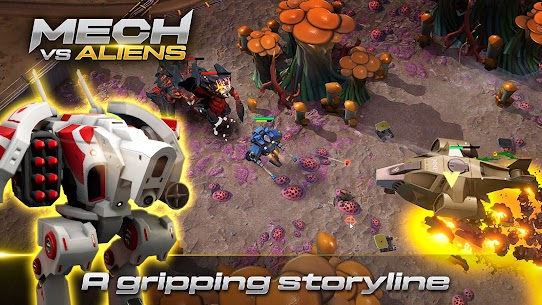 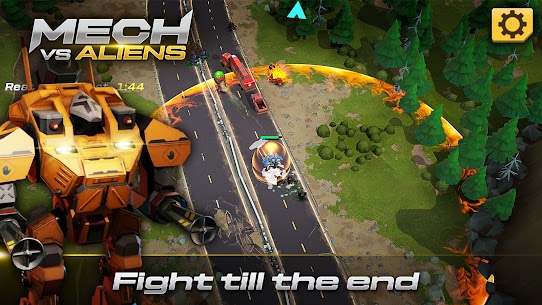 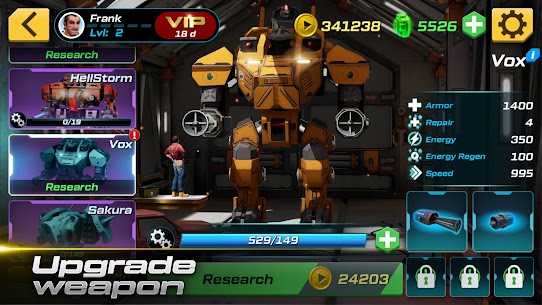 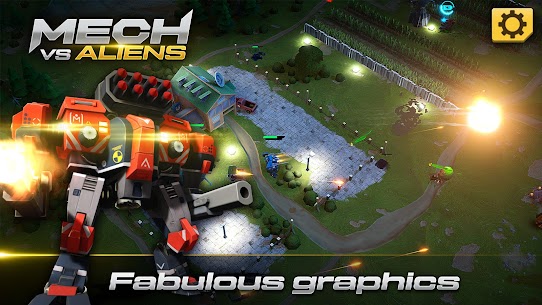 Mech vs Aliens is a free top-down shooter with the elements of a third person RPG and a visual novel in which you have to repel the mutant invasion on one of exoplantes.
An exciting adventure is waiting for you in this top down shooter. You will have to fight intergalactic wars from a third person where you, like a true gunner, guide mech and complete missions.
The game events unfold in the distant future where humanity has already invented robots, mech and war machines, explored the entire endless space and found an exoplanet, best for colonization. This find of the planet, suitable for life, became unique for the problems on Earth, so colonists organized a flight for its exploration and further occupation. But they don’t know yet that a real war for each inch of the territory is coming. The mutants, which have been populating the planet for thousands of years, are intelligent; having a fierce survival instinct, they are ready to repel.
The real time game immerses you into a real role-play shooter where a ferocious war unfolds between robots and unknown monsters.

SIMPLE GAMEPLAY
Robots are controlled with a touch pad on your smartphone, aim fire shooting keeps it simple to strike making the action game more balanced. Alien top down shooter, full of events, will be great fun and put you into one of the versions of the future.

CHARACTER DEVELOPMENT
Aliens will strike back, and fighting with them is not easy. Level up your characters (RPG), upgrade armor and weapon. Remember: your robot is a real fighting and winning machine.

VISUAL STYLE
Stylization of 2D and 3D animations. Vibrant colorful worlds, clear characters, terrible mutants and incredible action.
You can play the game free, no wifi needed. The game itself with a storyline is in English.
Mech vs Aliens: a robot under your true colonist control becomes an enormous mecha; alien mutants, inhabiting the exoplanet, must fall under pressure from the best shooter.
Play shooters, action RPG games, games about alien invasion and shooters? Then install Mech vs Aliens on your smartphone, the best role-play alien shooter will show robots of the future, and the turn-based RPG game will open up the world of space wars for you!