After the success of Trojan War 1: Rise of legendary Sparta with more than 5 million downloads on both Android and iOS platforms and thousands of positive feedbacks, we are extremely appreciative of that. In response to that support, the game Trojan War 2 - Castle Crush: Epic Battle of Troy was published, continuing the historical story of the Trojan War.
4.3/5 Votos: 275
Reportar
Desarrollador
MegaAdsGamesVersión
1.1.1
Actualización
September 20, 2021Requerimientos
5.0 and up
Tamaño
125MConsíguelo en

After the success of Trojan War 1: Rise of legendary Sparta with more than 5 million downloads on both Android and iOS platforms and thousands of positive feedbacks, we are extremely appreciative of that. In response to that support, the game Trojan War 2 – Castle Crush: Epic Battle of Troy was published, continuing the historical story of the Trojan War.

Trojan War 2 recounts the root causes of the war that took place, each character contributes to the fight lasted a decade, becoming the most important war in Greek mythology

Trojan War 2 is a simulation strategy game that recreates the Trojan War. Fighting with you are the strongest warriors and gods with their own power. Players need to apply tactics, properly promote the strength and advantages of each character to be able to knock down the enemy’s stronghold.

● Real-time epic fighting game
● Duel with players from all over the world
● Earn chests to unlock rewards, collect new stronger cards and upgrade existing ones
● Destroy your opponent’s stronghold to get chests that unlock cards
● Build and upgrade your card collection with dozens of troops, monsters, magic books, and gods
● Progress through many levels, collect trophies to open new progress
● Host new events every week
● Open a chest to receive a daily card, free of charge
● Build different battle tactics & strategies and become the ultimate champion

The story begins with the wedding feast of the Greek king Peleus and the sea goddess Thetis. All the gods were invited to the party, with the exception of Eris, a goddess of temper, often causing controversy among the gods. Enraged, Eris dropped a golden apple in the middle of the banquet table, engraved with the words: «For the most beautiful!» The three goddesses Athena, Aphrodite, and Hera compete for the apple. Zeus could not decide who the apple was for, so he gave this responsibility to Paris, the most beautiful boy in Asia and the second prince of Troy. All three goddesses promised Paris favors, but in the end, Paris chose Aphrodite because she promised to give him the most beautiful woman in the world. Sometime later, Paris visited Sparta, was honored by the Spartan king Menelaus, and met Helen, the wife of Menelaus, a woman of great beauty. With the help of Aphrodite, Paris won Helen’s heart, and when Paris left Sparta, Helen left Menelaus and fled to Paris. Menelaus was extremely angry, so he sought revenge on Paris, causing the Trojan War.

This war not only came from the gods but also involved the gods themselves and divided them into two factions. Troy’s supporters include Aphrodite, the goddess of love and beauty, and her husband, the god of war Ares, and the god of light, Apollo. On the other side were the two losers, the goddess of wisdom Athena, the goddess Hera and the ardent supporter of Odysseus.

During the Trojan War, the strongest warriors were mentioned and sacrificed, and their names were forever: Hector – prince of Troy, brother of Paris; Achilles – son of the goddess Thetis and Peleus, and so on

Become a skillful military user, using clever tactics to bring down enemy strongholds, as Odysseus helped Agamemnon defeat the fortified walls of Troy.
We are sure you will have a great experience with this Trojan War 2 game. Download and get ready to fight! 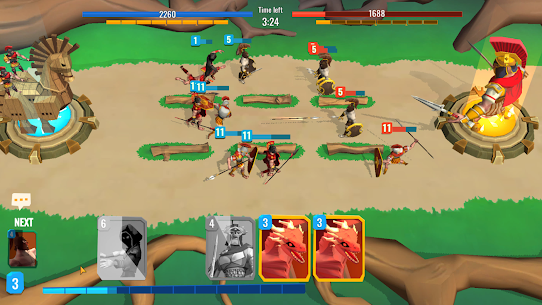 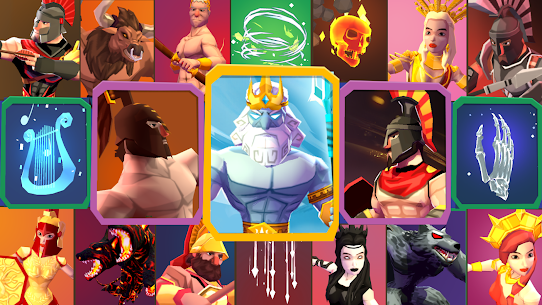 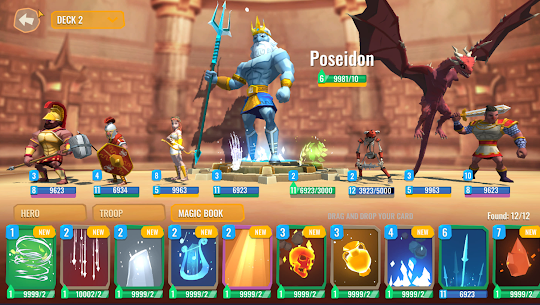 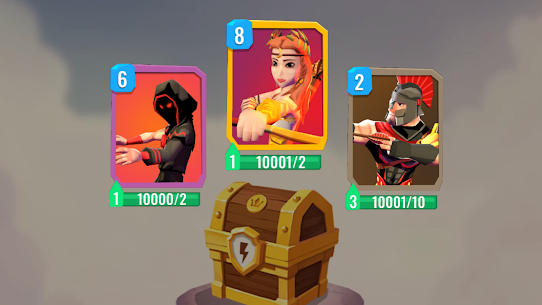 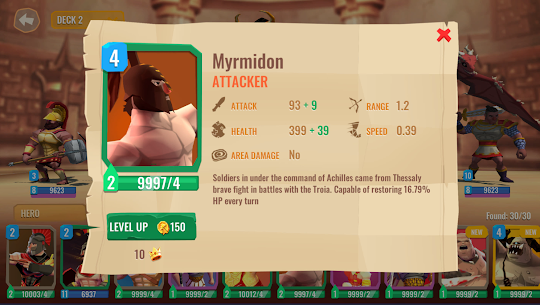