Yet Another Pixel Dungeon

Yet Another Pixel Dungeon (or YetAnotherPD for short) is a roguelike RPG with pixel graphics and simple controls. Like most other games in this genre, it features randomly generated levels, relatively high difficulty and a large number of things to learn. And like most other games of its genre, it is quite challenging.
4.3/5 Votos: 6,357
Reportar
Desarrollador
ConsideredHamsterVersión
0.3.2a+
Actualización
February 14, 2020Requerimientos
2.3 and up
Tamaño
5.4MConsíguelo en

Yet Another Pixel Dungeon (or YetAnotherPD for short) is a roguelike RPG with pixel graphics and simple controls. Like most other games in this genre, it features randomly generated levels, relatively high difficulty and a large number of things to learn. And like most other games of its genre, it is quite challenging.

This game is based on the source code of another Android game, Pixel Dungeon. It began as a small project with the goal to improve the original game here or there, but has since gradually grown into something much, much bigger. The games are quite different from each other, so there is no need to play the original game before trying this one (but I would recommend to try it as well, it’s good).

The main feature of YetAnotherPD which makes it different from original game and other mods is that it is mostly focused on tweaking game mechanics in order to make the game more interesting, diverse and balanced. Anyone who is familiar with the original game will have much to learn again in YAPD.

The features of this mod at this point:

– Four difficulty variants, to provide adequate challenge for every type of a player

– All bosses have been completely or partially reworked and are now even more epic!

– New items, enemies, traps, and interactions added between them!

– Both new and modified potions, scrolls, wands, rings and other items…

– Shops are now on every fifth level, and their assortment has become more varied

– Even more features are coming later since this project is still in development!

YetAnotherPD is absolutely, totally and completely free. There are no advertisements, microtransactions or limited access, and will never be. Even the “donate” button was only added much later after the main release.

Of important notes: first, this mod keeps degradation system from original game, but it was reworked to be much more fair and adequate. It also limits item upgrades to a maximum of +3, but do not fear as everything was rebalanced accordingly. These features are inherent to the game system now and they will not be removed.

This project is the product of open source software under GPLv3 License. You can find the source code for the current version here: https://github.com/ConsideredHamster/YetAnotherPixelDungeon

There are lots of changes in this mod, so it is highly recommended to check its Pixel Dungeon wikia article to avoid initial confusion: http://pixeldungeon.wikia.com/wiki/Mod-Yet_Another_Pixel_Dungeon

Finally, I want to say that I am open to suggestions and bug reports and always happy to hear your opinion about my project, whatever it is. My reddit account is here:https://www.reddit.com/user/ConsideredHamster/

I wish good luck to all fellow rat punchers and demon slayers out there!

Reuploading version 0.3.2a+ because the application was temporarily removed. Everything should be fine by now. Good luck! 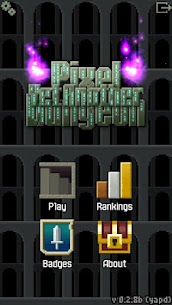 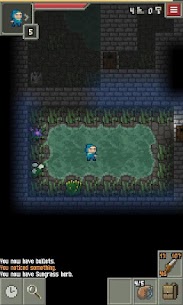 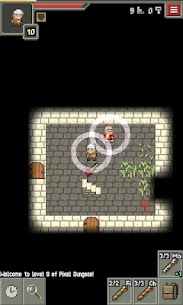 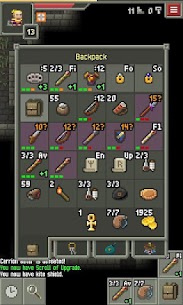 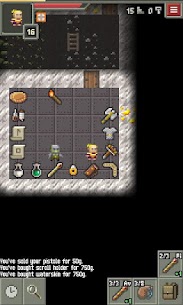