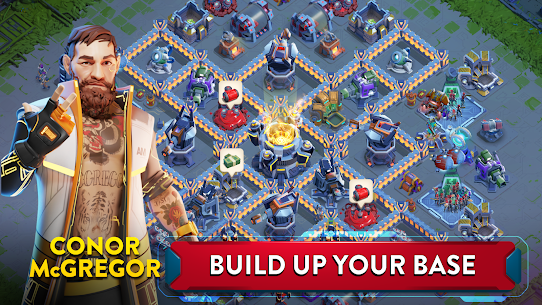 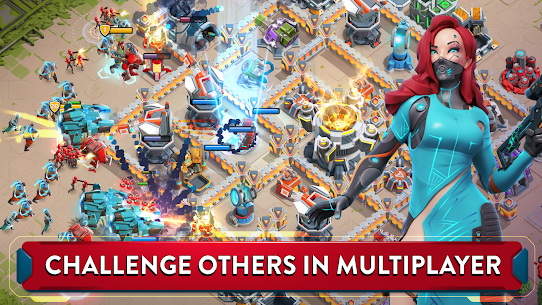 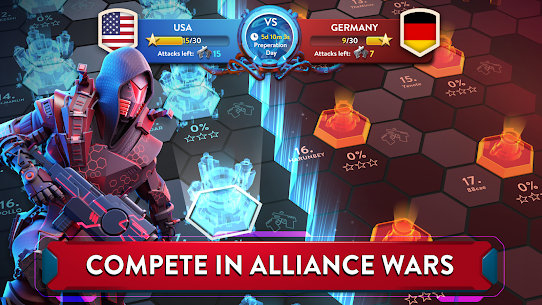 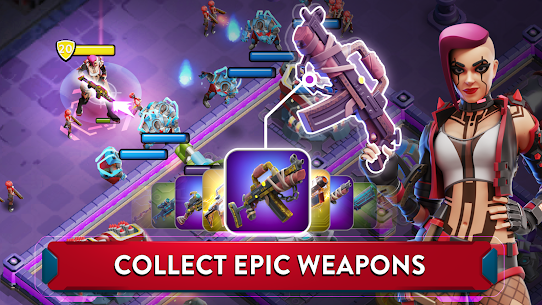 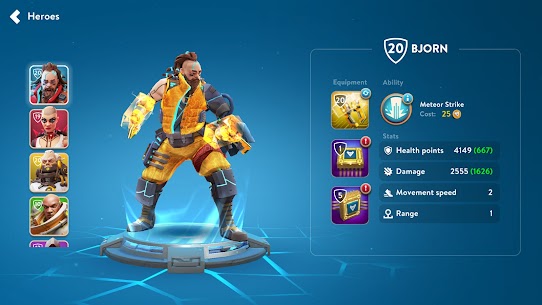 For all the lovers of strategy games, we present you DYSTOPIA RTS: CONTEST OF HEROES!

Prepare for the BIG CLASH
Fight with the brave Conor McGregor and his squad against evil enemies as the world goes to pieces in this galaxy battle from the future.

Become a LEADER & free the CITY
Assume the role of a HERO in a futuristic world where fractured societies and clans are fighting for power and control over the city in this new genre-defining RTS strategy game with RPG elements.

Epic RTS MULTIPLAYER Battles
If you love to play strategy games with your friends – DYSTOPIA RTS: CONTEST OF HEROES is the perfect new game for you. Manage your HEROES with unique equipment and abilities that fit your desired gameplay.

Forge an ALLIANCE to create a strategy and develop Tech Trees united to dominance over the galaxy.

Command your ARMY, win every BATTLE, and conquer your enemy!

Rush into a fantasy RTS ADVENTURE
Be the brave champion of Conor McGregor’s unique TOURNAMENTS – send your best soldiers to clash with the enemy’s army and overpower their base defenses.

Battle amazing LEVELS
Show your dominance by climbing the RANKS and join THE BRAVE Conor McGregor on an epic journey as you explore the city districts in a thrilling solo campaign.

Try this NEW GAME that you are going to LOVE.
All this in a fantasy strategy game of the future with RPG elements! It’s pure, and it’s a GRAND ADVENTURE; it’s DYSTOPIA RTS: CONTEST OF HEROES!

– BE a BRAVE HERO: Join the battle with Conor McGregor in this Dystopian world as you fight in Tournaments and battle through the campaign story of this epic genre-defining strategy game!

– BUILD an ARMY: Create your base, manage your defenses, plan hundreds of strategies to surprise attack your rivals in the battle.

– JOIN the FANTASY HEROES: Mix and Match – select from an all-star cast with unique skills to get that extra edge on the battlefield.

– RUSH INTO BATTLE: Dynamic RTS battles with more depth and options than ever before.

– BUILD your STRATEGY: Show the type of player you are! Play aggressive, play safe, or play smart. Dominate or be crushed in the epic battle of survival.

– LEVEL UP your HERO: Collect legendary weapons, upgrade epic armor, and beef up your heroic squad to crush your foes.

– CONQUER the CITY: Be the hero that will win in this game with RPG elements!

– FORGE ALLIANCES: Make new friends and fight together to increase your influence on the grid in this multiplayer adventure and liberate the world.

– CHAT with OTHERS: Connect with millions of players worldwide that are fans of RTS and strategy games like you. Gather information, discuss gameplay, and forge lasting relationships!

– CLASH! Fight your enemies and find the right strategy to win every battle!