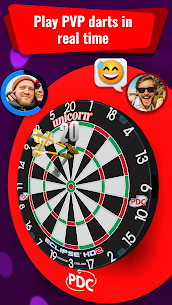 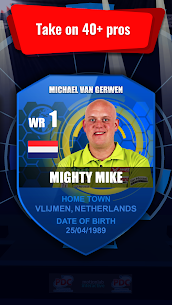 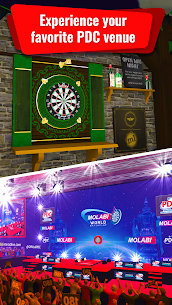 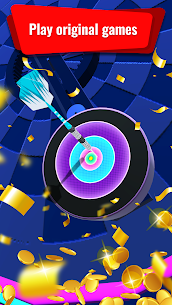 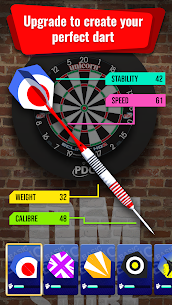 PDC Darts is the ONLY darts game in the world to be fully endorsed by the Professional Darts Corporation and features the world’s BEST players from the PDC circuit. Test your skills against top pros from across the world, including Michael Van Gerwin, Simon Whitlock, Gary Anderson and many, many more. If you love darts, you’ll love PDC Darts!!!

Play in realistic real life environments! Get the feeling of being on stage in front of ‘000s of fans, as you take on the very best in world-famous venues! No other game has environments this authentic, from London’s Alexandra Palace to Blackpool’s Winter Gardens!

Pair up with any other player around the world and compete for huge prizes. Play multiplayer PVP 501 tournaments, from amateur through to semi pro and professional level. Enter as a low stakes amateur or compete in events like the PDC Premier League, Interactive World Darts Championship or Golden Circle to win BIG!

Enhance your game in our exclusive shop
– Choose from 10+ customized arrow sets to perfect your game
– Create your perfect dart from a choice of over 500,000 combinations
– Get in your opponent’s face with emojis
– Brag, taunt, challenge your opponent with one of 10 Chat Packs

So what are you waiting for? Step up to the Oche to become a real darts legend!

Support
Send feedback in the app or via our support page.

If you have any problems, please contact support through the help page in game or at [email protected]